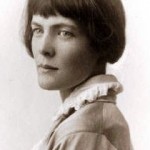 HAPPY BIRTHDAY HD (HILDA DOOLITTLE) & WCW (WILLIAM CARLOS WILLIAMS) @ BEYOND BAROQUE! 9/21/2013 Was thrilled to read last night along with notable and esteemed poets Harry Northup, Brendan Constantine & Holly Prado. Here’s the text: You might be wondering why a fiction writer is reading at this celebration of imagist poets. I originally inquired […] 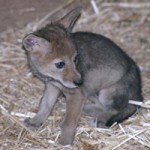 The first time my coyote spoke to me, I was about six, sleeping all happily as I did then, dreaming of cartoon space ships and moving sidewalks and ocean tsunamis washing up over the shore and sweeping away my house. Sometimes when I had tsunami dreams, I’d see black swirls for an hour or two […] 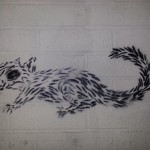 AFTERNOON TEA I was going to put a kettle of water on to boil to make myself a cup of tea, but I became distracted by the shrinking ice caps and how the polar bears would soon have no place to live. I grabbed a bottle of whiskey instead and wandered out to the garden. […] 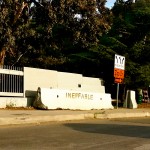 BIGFOOT LOVES TO DRIVE IN L.A. REDUX I would like to thank someone for adding concrete poetry to my drive home. And no, ineffable does not refer to the pope. Sorry, but I can’t tell you what it does means — it’s just too sacred. THE NEXT BIG THING REDUX – TJ BEITELMAN I missed […] 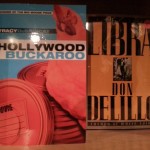 THANK YOU SCOTT DOYLE, for pulling together an amazing evening of tapas, family and friends at Tres Gatos, Scott’s brother’s cool neighborhood tapas joint in Jamaica Plains, Mass. THANK YOU AWP, for an excuse to visit Boston. THANK YOU GLOBAL WARMING, for an awesome birthday blizzard. THANK YOU GODS OF THE ALPHABET for random authorial […]