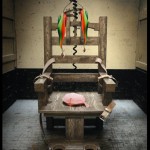 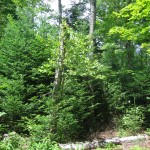 A short bit of catchup: I’m on a writing retreat near in the beautiful backwoods of Vermont when a nearby tree breaks and falls in the forest for no apparent reason. Note to Katrina: this takes place in 2008. Now, a list of the Evidence, Hearsay and Memory, to the best of my ability: 1 […]

I was exhausted when I finally emerged from the dirt road and pulled onto the bricked driveway of the great house where I would be staying for my writing retreat. Suddenly, everything caught up with me. Jet lag, luggage who-knows-where, a missed meal, U-turns in quicksand with rental cars, climbing into the hillbilly driver’s seat. […] 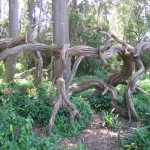 Trouble was, the woods all looked so…woodsy. And similar. And the signs at the occasional forks were oblique, with the vertical road names instead of horizontal. And the posts were slanting from the mud and rain and the exhaustion of holding up that vertical information. As though they were intended to confuse instead of enlighten. […] 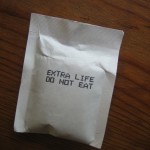 As I drove further into the back country, the paved road got narrower. Then it became a single lane. After a while, the asphalt just threw its hands into the air and gave up. The rains had turned the rutted dirt roads to mushy sludge, which never had a chance to dry under the leafy […] 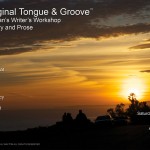 In lieu of the next installment of “Bigfoot 1, DeBrincat 0” and in advance of the oncoming hard sell for my new novel Hollywood Buckaroo (out this April!), I thought I’d let you know about a few things I’m really excited about that have crossed my path or are in my future — and possibly […]

Any cookies that may not be particularly necessary for the website to function and is used specifically to collect user personal data via analytics, ads, other embedded contents are termed as non-necessary cookies. It is mandatory to procure user consent prior to running these cookies on your website.